We offer our clients BayFile an electronic imaging process that has been accepted and approved by US Customs for centralized file retention and also as an alternative file retention method. As a Bay Brokerage client you are allowed to maintain your files on our secure server within your own electronic fling cabinet.  This compliments Bay’s electronic billing program and is a nice fit with the global “Go Green” initiatives. 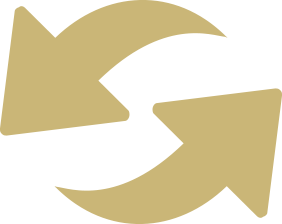 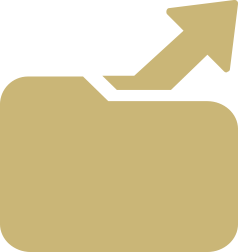 The Automated Manifest System (AMS) is a multi-modular cargo inventory control and release notification system for sea, air, and rail carriers. AMS speeds the flow of cargo and entry processing and provides participants with electronic authorization to move cargo prior to arrival. AMS facilitates the intermodal movement and delivery of cargo by rail and trucks through the In-bond system.

AMS reduces reliance on paper documents and speeds the processing of manifest and waybill data. As a result, cargo remains on the dock for less time, participants realize faster tracking, and Customs provides better service to the importing community.

Using a unique bill of lading number, manifest data can be transmitted electronically for all cargo destined to the United States prior to vessel arrival. This allows Customs an opportunity to review the submitted documentation and determine, in advance, whether the merchandise merits examination or whether to release it immediately upon arrival.

The carrier, upon receiving a provisional release from Customs, is able to make decisions on staging cargo and the importer can arrange for examination, release, and further distribution of the merchandise.

Per CBP Regulations, 122.48a Electronic information for air cargo required in advance of arrival, Customs and Border Protection (CBP) must electronically receive from the inbound air carrier and, if applicable, an approved party, information concerning the incoming cargo. For non-consolidated shipments, the incoming air carrier must transmit to CBP all of the information for the air waybill record. For consolidated shipments: the incoming air carrier must transmit to CBP the information that is applicable to the master air waybill; and the air carrier must transmit cargo information for all associated house air waybills, unless another party electronically transmits this information directly to CBP. Additional cargo information from air carrier; split shipment. When the incoming air carrier elects to transport cargo covered under a single consolidated air waybill on more than one aircraft as a split shipment, the carrier must report additional information for each house air waybill covered under the consolidation pertaining to the routing of the flight each house shipment, and must also provide detailed house shipment information unless this information is provided to CBP by an approved party. CBP must receive such information no later than the time frame prescribed by 19 CFR 122.48a, paragraph b) Time frame for presenting data. (1) Nearby foreign areas. In the case of aircraft under paragraph (a) of this section that depart for the United States from any foreign port or place in North America, including locations in Mexico, Central America, South America (from north of the Equator only), the Caribbean, and Bermuda, CBP must receive the required cargo information no later than the time of the departure of the aircraft for the United States (the trigger time is no later than the time that wheels are up on the aircraft, and the aircraft is en route directly to the United States). All of this can be accomplished before the merchandise actually arrives.

Rail AMS allows rail carriers to electronically transmit bill information to Customs. When all bills on a train are assigned, the rail carrier transmits a “consist” of the bills and containers in standing car order. This allows Customs an opportunity to review the submitted documentation and determine, in advance, whether the merchandise merits examination or release. The carrier, upon receiving a release from Customs, is able to make decisions on staging cargo, and the importer can arrange for examination, release, and further distribution of the merchandise.

The Automated Commercial Environment (ACE) is the commercial trade processing system being developed by U.S. Customs and Border Protection to facilitate trade while strengthening border security.

Automated Commercial Environment electronic truck manifest capabilities are available at all 99 U.S. land border ports of entry. ACE is the new commercial trade processing system being developed by CBP to facilitate trade and strengthen national security. E-manifests provide CBP with cargo information, such as crew, conveyance, equipment as applicable, and shipment details, so they can begin processing the truck before it arrives at the gate. Truck carriers are required to submit e-manifests to CBP one hour prior to arrival at a U.S. land border port of entry, or half an hour if the carrier is a participant in the Free and Secure Trade program.

Ace E- Manifest  Section 321 is designed for Highway Carriers for the duty-free entry of articles valued at $800 or less that are imported by one person on one day. E-manifests provide CBP with cargo information, such as crew, conveyance, equipment as applicable, and shipment details, so they can begin processing the truck before it arrives at the gate.

The Security Filing, commonly known as the “10+2” initiative, is a Customs and Border Protection (CBP) regulation that requires importers and vessel operating carriers to provide additional advance trade data to CBP pursuant to Section 203 of the SAFE Port Act of 2006 and section 343(a) of the Trade Act of 2002, as amended by the Maritime Transportation Security Act of 2002, for non-bulk cargo shipments arriving into the United States by vessel.